The weather has broken for a bit, but that has not stopped a hose pipe ban being enforced from the forth of August in our area. Should be fun, queuing up at the taps, but thankfully there has been quite a bit of rain in the last few days so the water butts have filled nicely.

At this time of year the plot always looks a bit chaotic and messy which we quite like but already we’re thinking about next year and how we can improve the soil in the beds. We’ve been collecting seaweed on our beach and coastal visits, letting it soak to get ready to dig in the soil. The water stinks … I mean STINKS after wards but it makes great fertilizer for crops. We’ve also been digging in rhubarb leaves, anything to get some air into the soil, some of the beds just seems a bit compacted and tired.

We grown some Zinnias from seed called ‘Molotov Mix’ and they are gorgeous. They have repeatedly flowered, in some very zesty colours. 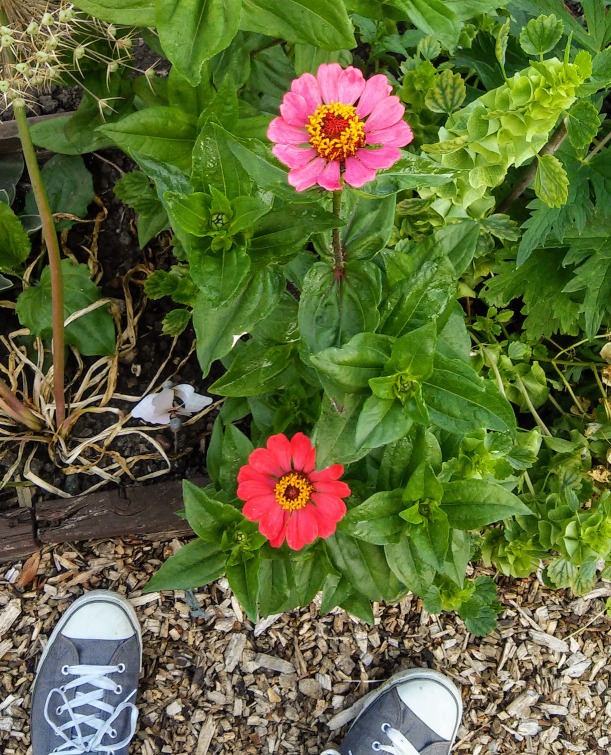 We will grow these again!

Sadly they got attacked by the dreaded black fly, which we tried to kill mainly by scraping them off and spraying as a last resort. 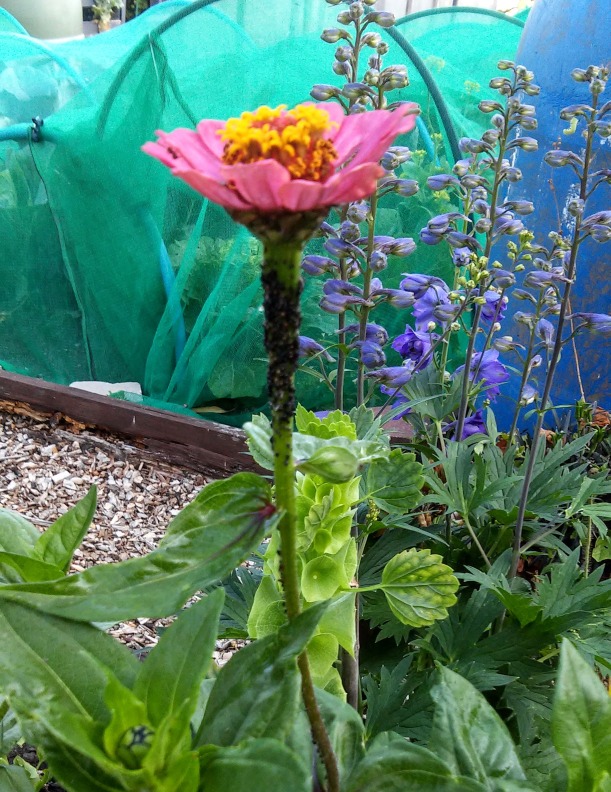 The beans are plentiful this year even though we grew half the amount of what we usually do, and they suffered from pigeons and ‘the beast from the east’! The courgettes are in full glut. Who isn’t sick of them yet? 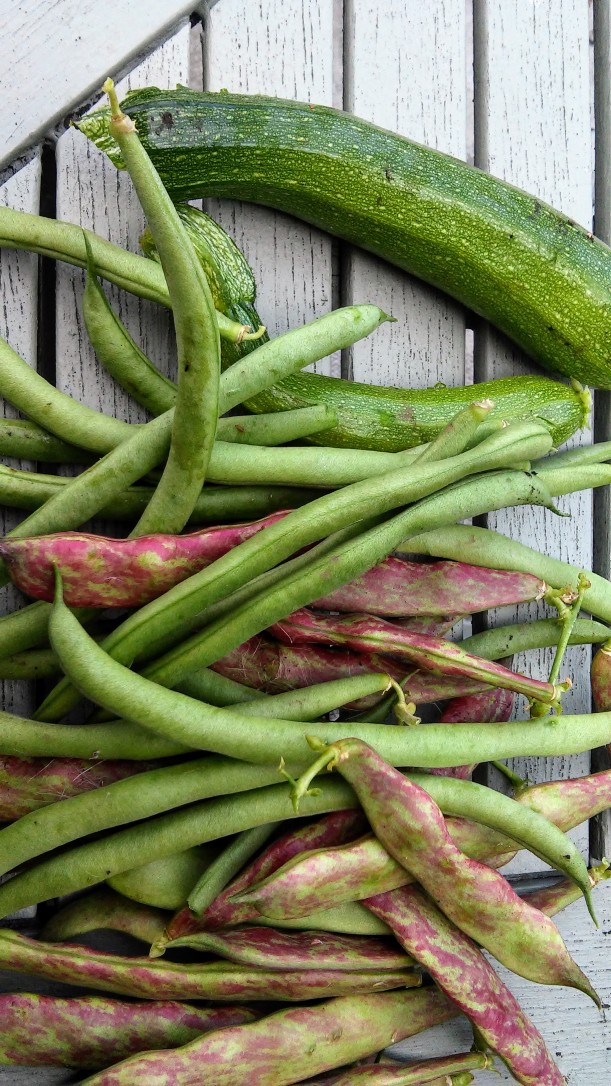 Thought we’d show you a picture of a rose we bought called ‘Rock n’ Roll’. It’s so pretty and is scented which we wanted for the new rose bed we’re building. It sounds very grand but it in the far end of the allotment that’s next to the orchard. It’s a forgotten area really, but we love roses so why not? 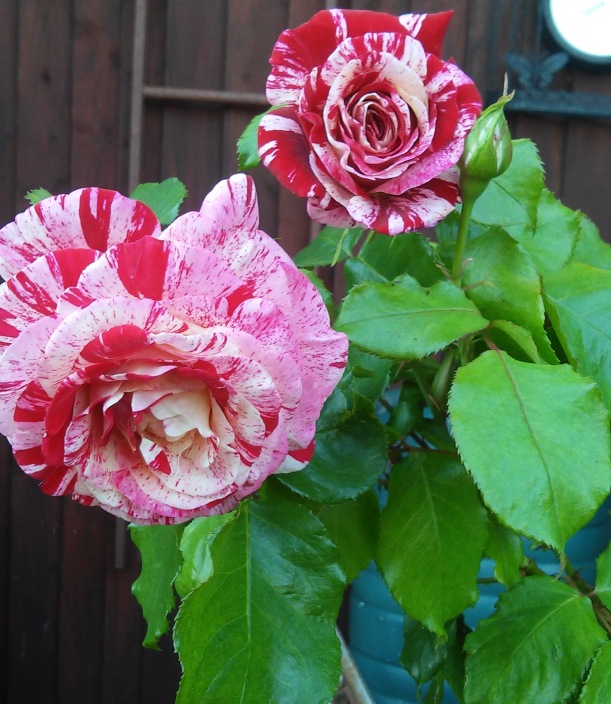 And to finish, here’s a photo of some of the fruits we’re picking and smoothying and freezing and scoffing. The blackberries are from a bush that grows wild behind the shed so we’ve adopted it. 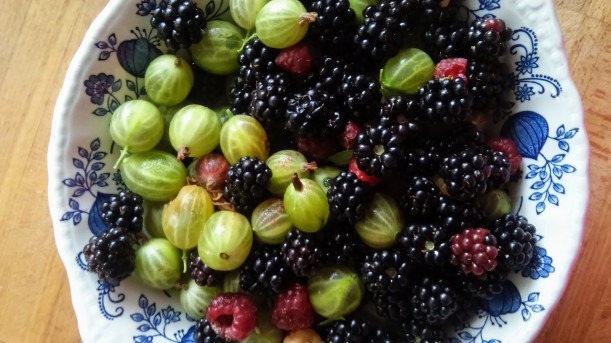